Any business comes with its own challenges. When it is a global trading, sometimes the effect is manifold as there are too many factors involved. It is imperative to note that global trading is now properly streamlined more than ever before and the connection between countries is definitely much better. Yet there are certain issues that affect the international operations, below are a few:

The tariffs are increasing more than ever before. The USA increased the tariffs on imports and exports in the last few years which resulted in other countries doing the same. China was one of the first countries to respond to this by immediately increasing their tariffs. The US and China are increasingly engaging in a cold war, leaving import and export a big deal. The USA has banned the import of a few items from China, to which China also responded similarly. This has left the countries in disbelief and with a lot of questions.

Currency fluctuations is one of the major concerns faced by import-export businesses all across the world. Albeit being such an obvious aspect and one of the first foremost things people would consider while starting international trade business it still remains an uncertain factor. It is almost always unforeseeable, which is a major concern for international trading companies.

A business can never be fully ready with all the contingency plans in place. The prices of natural resources in various countries will keep changing. A lot of aspects play a role in deciding the prices including the politics of a nation, climatic conditions, etc. The change in oil prices has definitely shaken the world trade for good or for worse. This price fluctuation is a growing concern for all businesses.

Economic warfare has become one of the major concerns for international trading in today’s world. With countries fighting and prices crumbling, international trading has indeed become a dreary business. The passage of goods, information, and the flow of money have definitely made things a lot harder for traders to strive in the global market.

Although this warfare is majorly between the United States of America and China, other countries hate to believe that this won’t happen to them. Doing a number of cyber attacks to steal intellectual property has been quite prevalent these days making it harder for countries to be in good books with each other. This also poses a serious concern to businesses that do trade internationally. 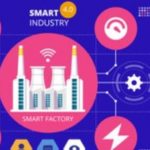 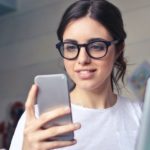 10 Common Export Documents You Should Know About