Socio-economic and environmental factors that contribute to diseases

Currently, the world is facing a lot of challenges and it would be wise to understand that humans, environment, economy, and animals are integrated as one. It is imperative to understand that these factors are intertwined and mitigating any issues can be done only by predicting, and responding to them. Social, economy, and environment should be taken care altogether, otherwise, it is going to hit us terribly.

It has been found that the flora, fauna, and climate play a huge role in the occurrence of diseases. Now when human beings are invading the wildlife, it seems to have an adverse impact on human health and in the form of socio-economic and geographical determinants. “Spatial Analysis in Epidemiology” is one of the viable studies that indicate the same. It is important to know that other studies were also conducted to find the link such as geographical inter-relation, assessment of risk pertinent to the source, and disease mapping.

To further corroborate this claim, we can consider some of the events that happened in the past that took a toll on human health:

Urbanisation and industrialisation is yet another contributor to the environmental pollution that is affecting human health. The trend has been constantly growing and increasingly harmful especially in underdeveloped countries. It has led to a poor quality of living in these areas with polluted air, dirty drinking water, etc. Global warming and greenhouse effect are one of the adverse results of industrialisation with more carbon dioxide emitted to the atmosphere.

In conclusion, socio-economic and environmental factors do have a strong influence over the health of human beings. It is about time, humans started realising this and did something about cleaning the environment that is not physically but on many levels. 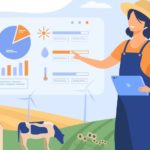 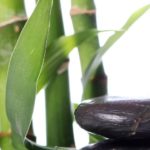